I had some extra parts lying around the garage workshop and decided once again to build a new model. This time it would be a 1/32 scale KIV-5 to oppose the Vickers Swift that was already being built in the same scale. The KIV-5 is the new Votainion starfighter that my hero goes up against in the novella, Devon's Blade, now being written. 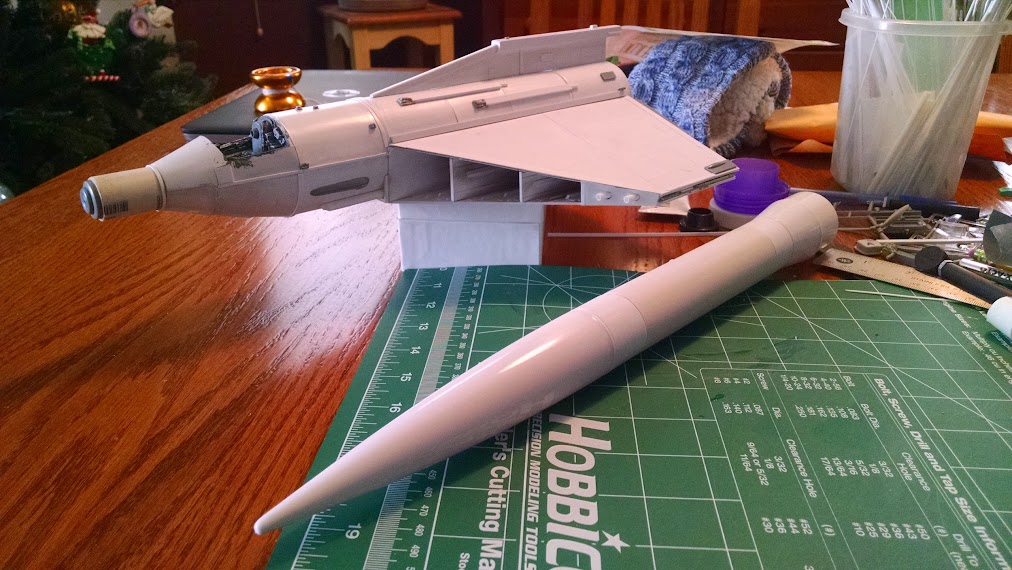 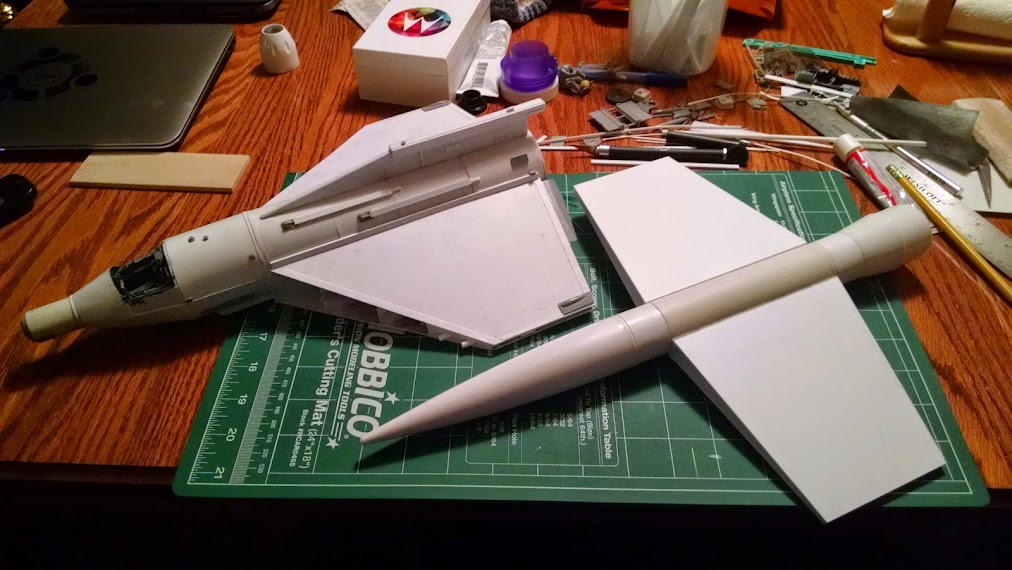 In no time, I had the basic model roughed out. Now to add details. 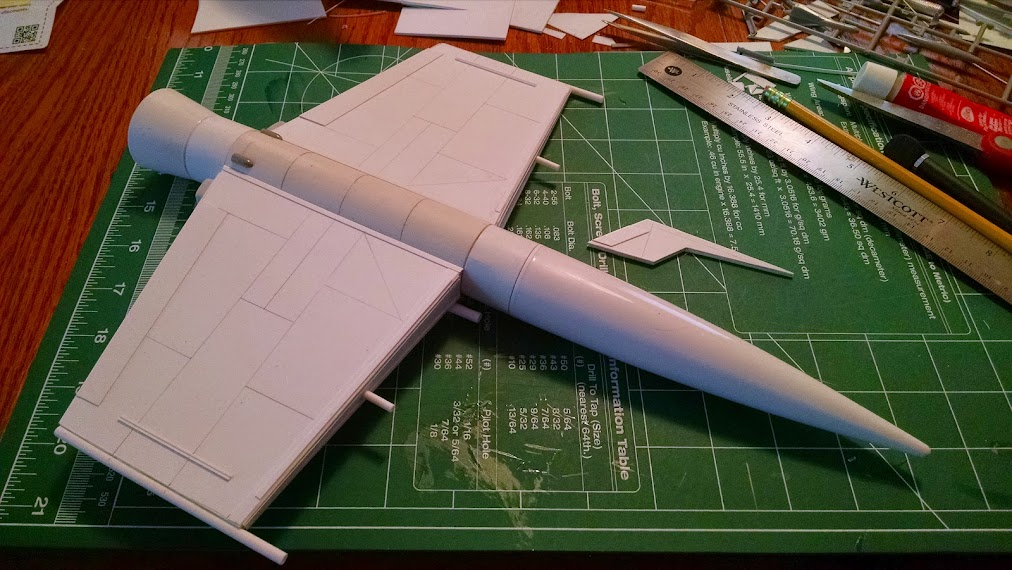 Wing panels scored and a top fin fabricated from scratch plastic. Also, guns installed. Another detail was the removal of part of the tail cone. 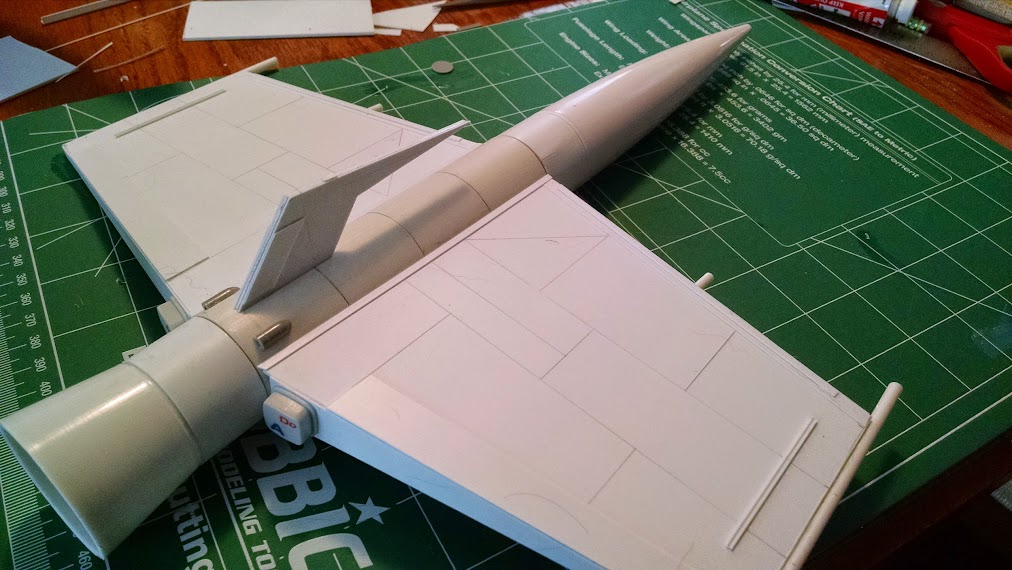 Yeah, this baby is basically done. 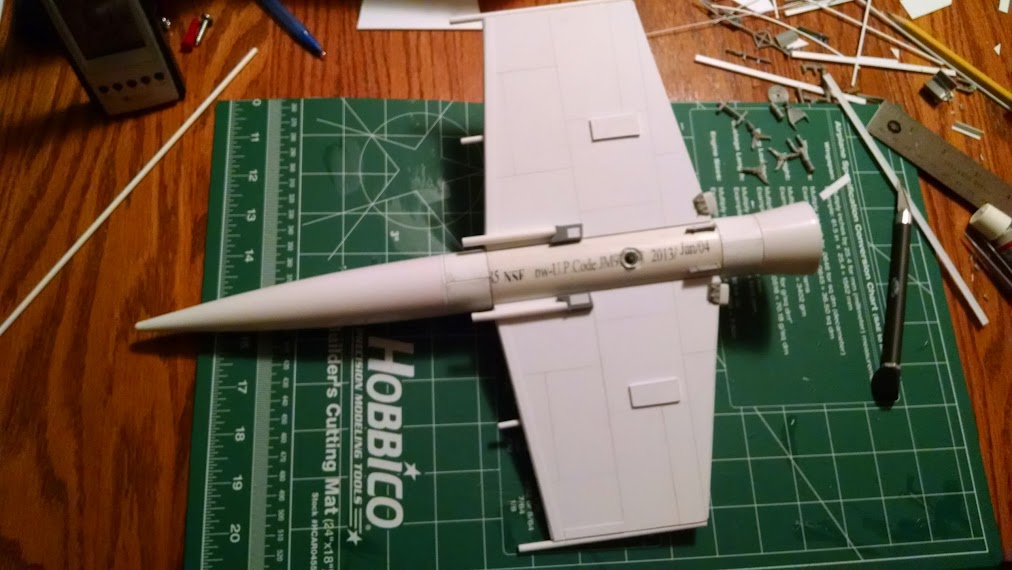 Bottom of the KIV-5 slightly blurry. 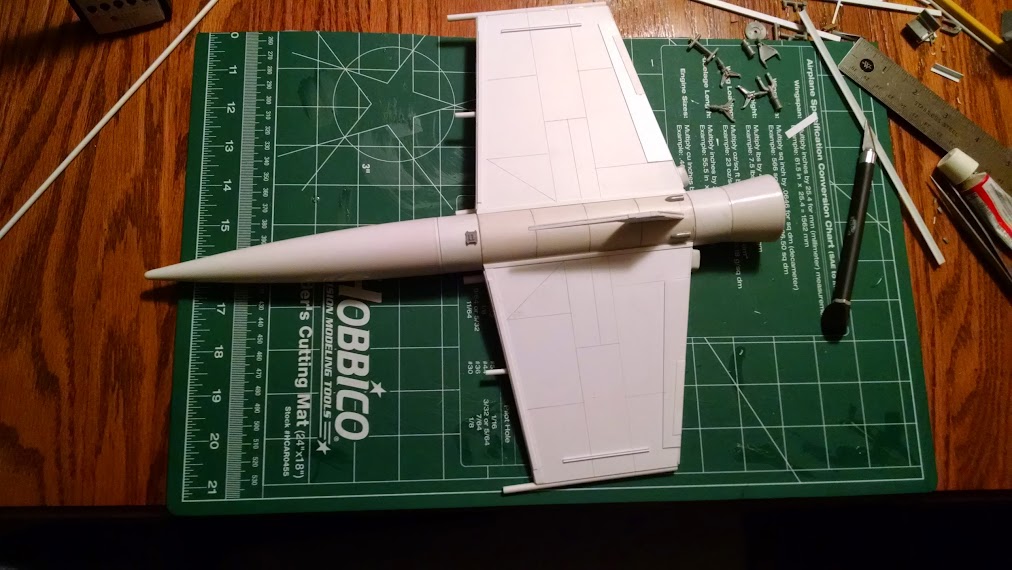 Top or shinny side. Pretty much done. There's no cut out in the wings and the details are pretty subtle.

Next up is the paint job based on the unit stationed on the planet Kew. Dark blue-gray top and light gray bottom, possibly with some dark splotches. Otherwise this baby would be all green.