I’ve been thinking a lot about the covers of my novels after attending IndieReCon this past weekend. All of my SF book covers will be getting severe face lifts in an effort to make them more attractive to readers. This week I’ve been brain storming on a cover for a book I have yet to write. It’s called Devon’s Blade and it’s about my Star Saga hero, Devon Ardel and her days as a starfighter squadron commander. The story was influenced by just about all of my favorite military pilots and so the cover design also harkens back to books on fighter pilots.

Below are some of my favorite books about pilots. There is one thing they all have in common, aircraft on the cover! So my novel will also feature aircraft or more appropriately, starfighters.

Fighter planes usually fly in formations of two to four ships as you can see by the images below. My plan was to mimic that formation using my Vickers starfighter models. I need to put my own spin on the formation and compose it in such a way as to lead the viewer’s eye to the main title of the book. 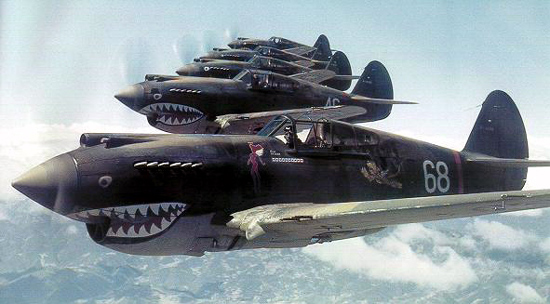 The title of my novel is Devon’s Blade, taken from the book about Japan’s squadron of aces that were led by Commander Genda. The 343rd Squadron was known as Genda’s Blade due to how effective they were at shooting down Allied planes. In my story, the enemy Votainion pilots refer to Devon’s squadron as her Blade because the falchion sword is very important to their warrior culture.

My book covers will soon all feature models built from scratch by myself and based on original designs. It will be a recognizable branding for my Star Saga novels. Many of the same ships will appear on multiple covers. For this cover, I’ll be featuring the Vickers Swift starfighter. You can follow the building of the model here Vickers Starfighter Build.

I’ll need to paint the finished model about four times to replicate four different ships in formation. Each ship has its own unit markings and weathering details. So the process will take a while, even after the model is built.

The background needs to be a high resolution high altitude picture of clouds and water as the book takes place on a mostly water world. I thumbed through NASA web sites until I found a picture taken from a weather U-2 plane. This image is visually stunning and will need to be tweaked a bit to make it work. The bottom edge of the image will need to be darkened a bit to provide contrast for the author’s name. I’ll probably add stars to the space above the horizon. 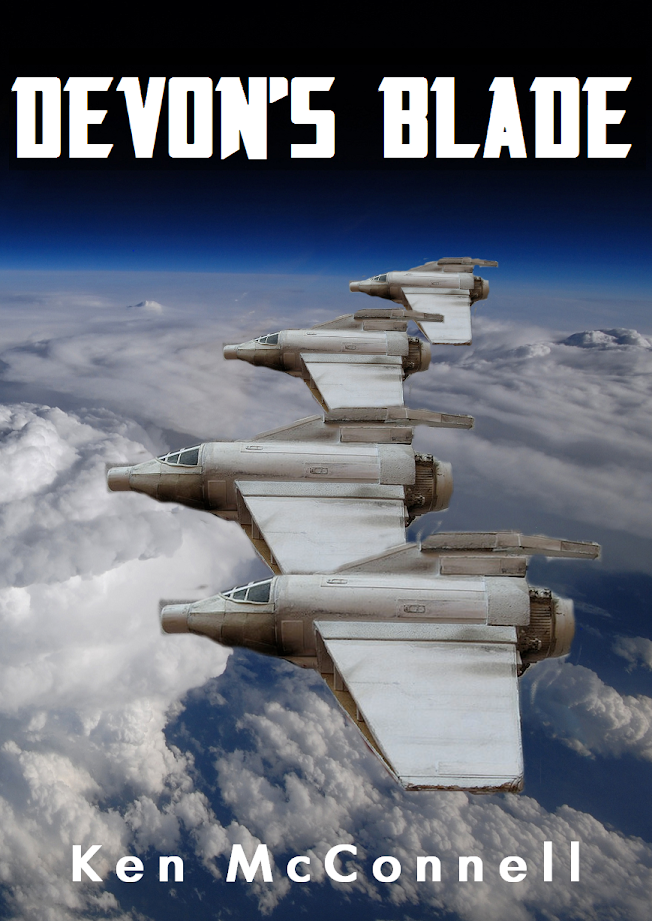 This rough draft using the real background image and some stand in models and low resolution fonts gets the idea across pretty well. It should wind up being a very eye-catching cover when complete. Of course I’ll add some engine glow and possibly a few navigation lights with Photoshop.

One thought on “Cover Concept Reveal”