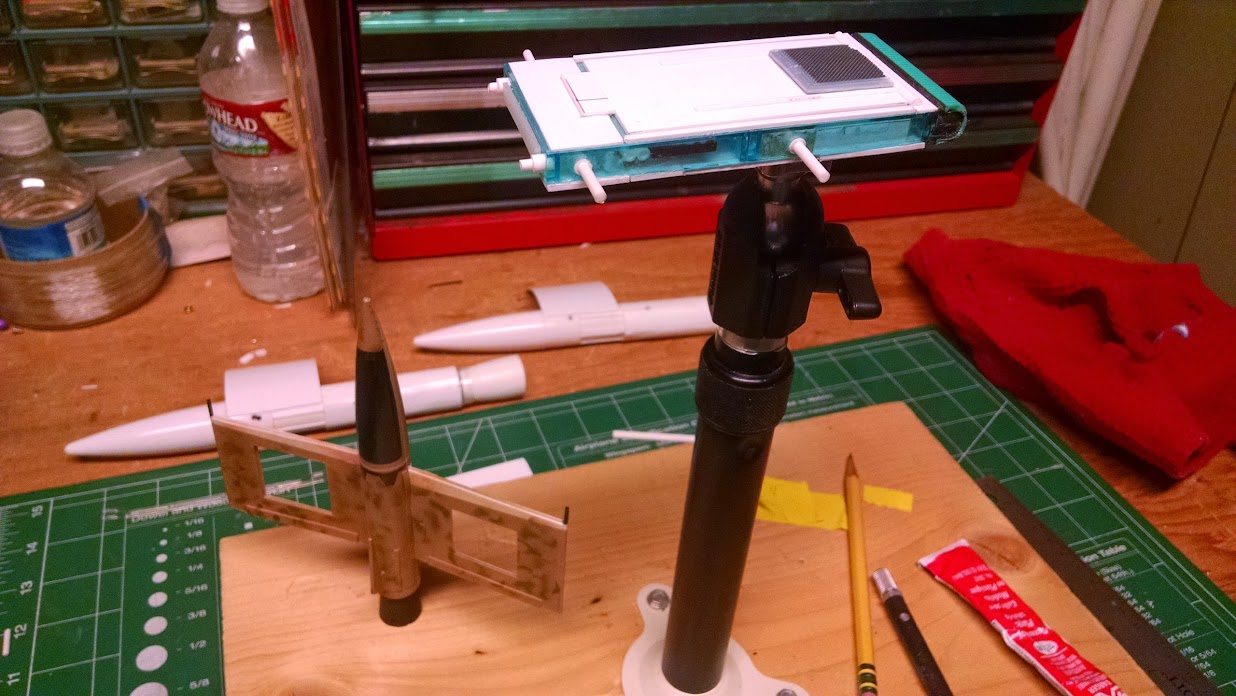 I’ve gone back to the Dual KIV-3 Trainer model to finish it up.  Already started adding details to the top of the center wing section and more skin to the fuselages. I hope to knock this model out in the coming weeks so I can use it to do a possible cover for The Blood Empress and then repaint it and the smaller 1/72 scale KIV-3 to the standard green or maybe a rust/red color same as the warships.

The dual starfighter is based on the WW2 fighters that were often made with two fighters bolted to a center wing section. Sometimes this was done to extend the range, other times it was used as a trainer. In this case, it’s more of a trainer. This model is 1/48 scale. The nose cones are slightly different between all the various versions of the KIV-3, mainly because I do what’s easiest for me to make but also because I think it suggests diversity in the imagined universe.

I’ll update the build page in a week or so.