After finishing the first draft of The Blood Empress, I put it down for a while and reset my barrings for The Rising. Having let the The Rising sit for over a month now, I picked it up this week and did a read through. It’s always nice when you re-read your first draft and realize that its not as horrible as you thought when you were writing it. I thin the first hundred pages are better written, but as a whole, the story hangs together well enough. I suppose I’ll get a better view after my Beta Readers read it.

Usually I do a second draft before the Beta Readers see a manuscript, but I think after making some changes in this reading, the story is readable enough as is. So I will hold off on Draft Two until getting back my comments from the Betas. In the mean time, I should be outlining the last book in the Starforgers Trilogy – Counterattack. This week I used my writing time to make a two page summary of my next novella. Now I will take that and create an outline in Plume Creator.

Speaking of Plume, I’m testing two new features in the latest beta. Overview and colors in Workbench. See the images below for a sneak peek of these. 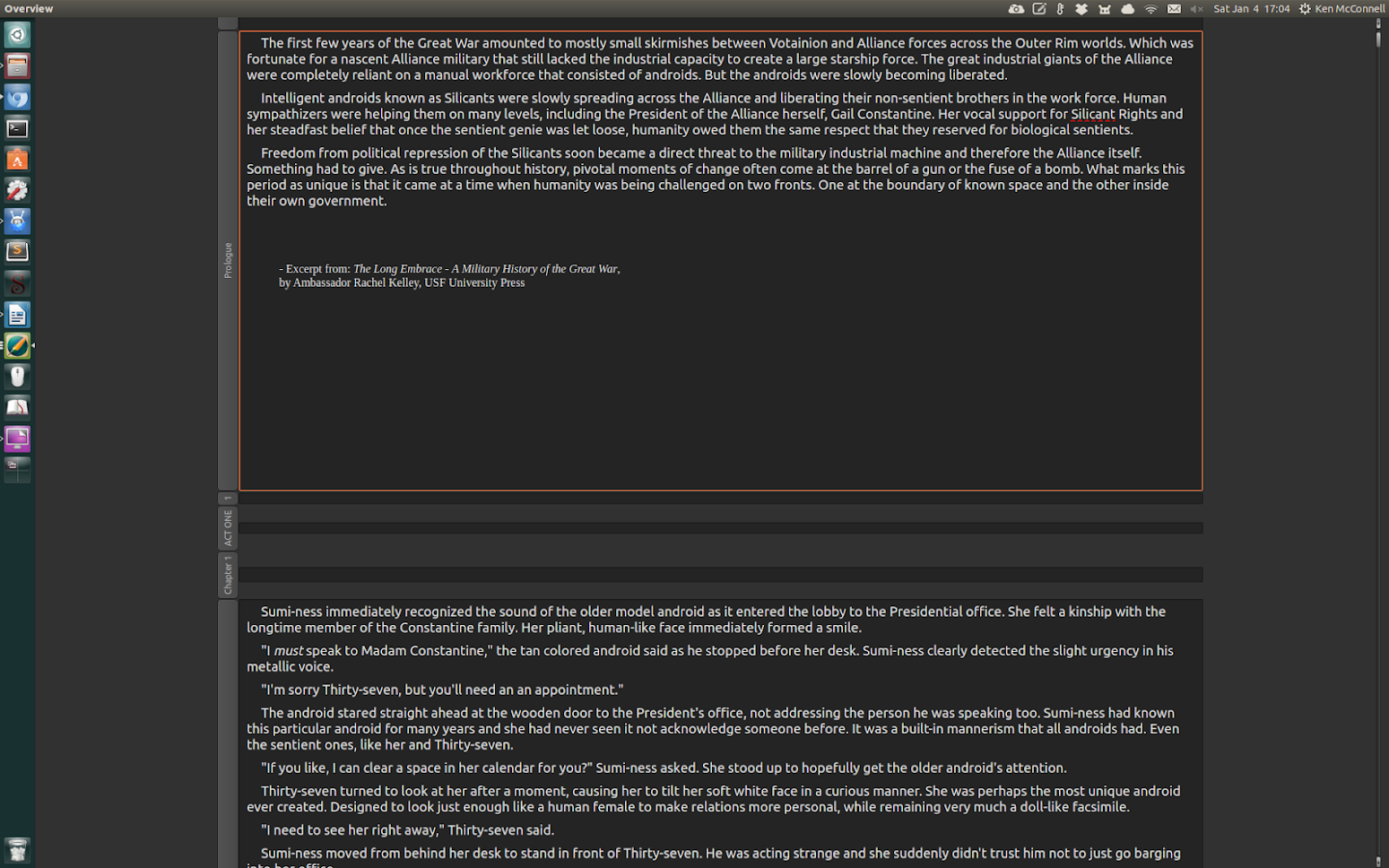 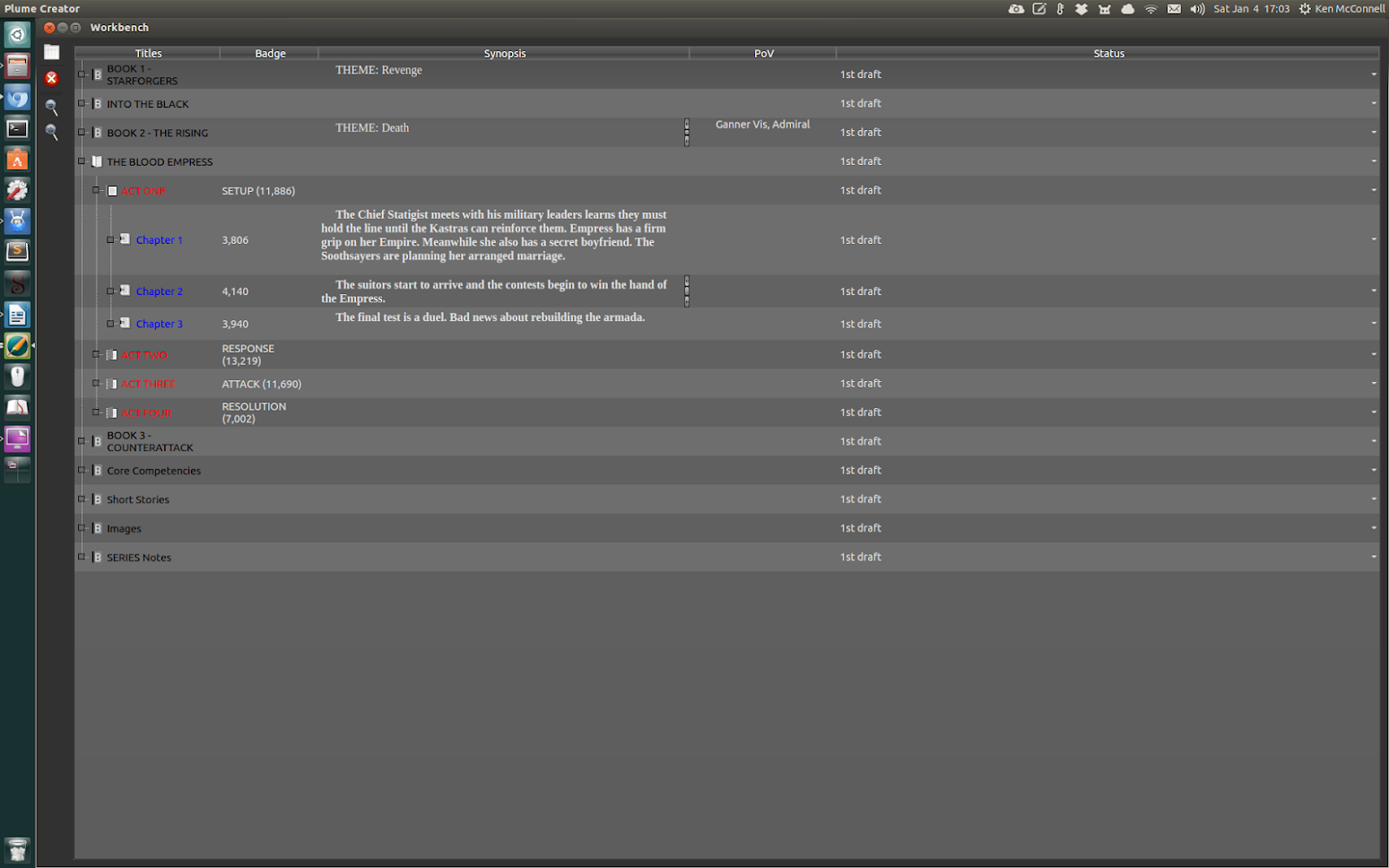