The model has moved forward quite a bit in the past few weeks. I’ve completed covering the fuselage, at least what shows for the camera shoot. I’ve worked on one wing details and added a nose cone. Finally, the cockpit has received some attention both in details and in its shape.

Wrapping the the fuselage with thin plastic sheets cut into panels just like a real aircraft resulted in a hand crafted look to the model. Not as precise as I would have liked, but then again, this bird is shot up and no longer in fighting condition. This lets me get away with some unevenness here and there. A nice little touch visible in the image below is the fluted cones as some kind of air intake or space intake or something. Anyway, they look cool.

On the green plastic lid at the stern I added some white colored pieces from a laptop keyboard to make that area more interesting. Oh and look, we have a tail fin. It’s a forward sweep design which makes the ship look like a funky Klingon knife or something. I built it like the main wings, sandwiching plastic together. 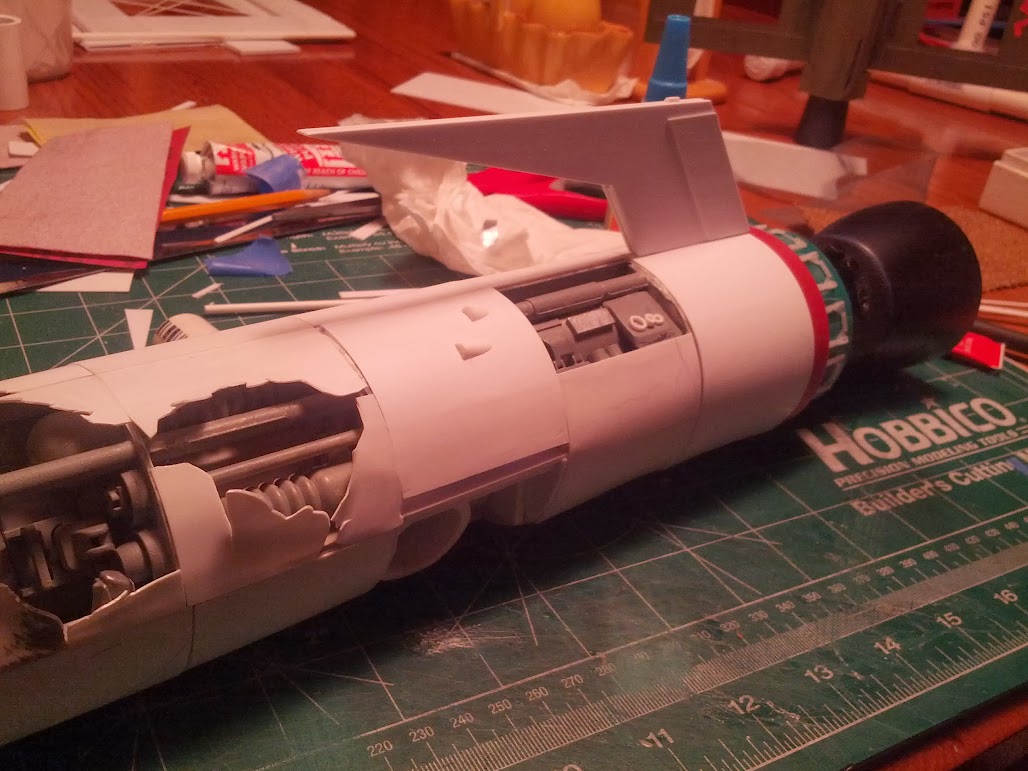 This version of the is a KIV-3 and thus has a slightly different look to it in some places than the smaller model. The wing tip canons are integrated into the wing better. I still have to scribe some panel lines in the wing, but the surface details are otherwise complete. 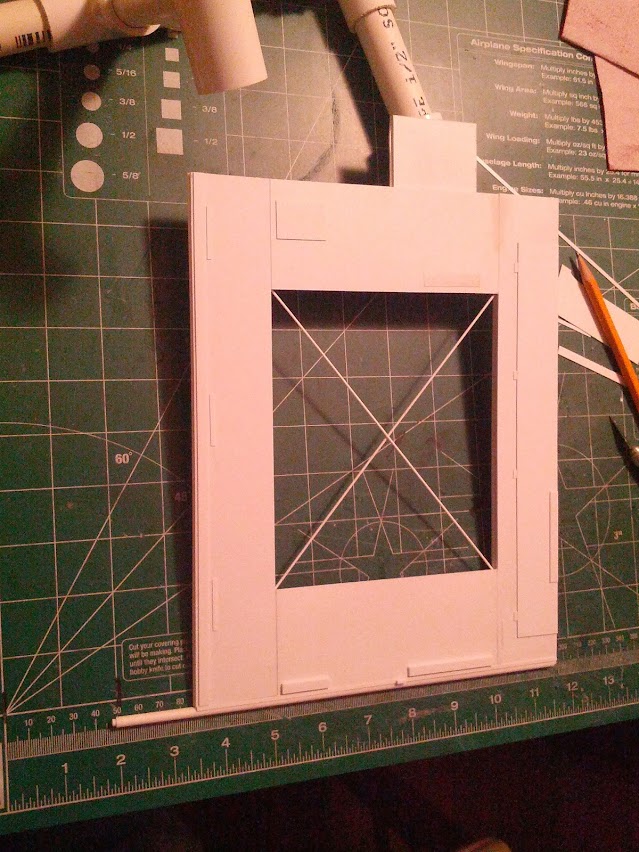 I love to put on the wings and take pictures because lets face it, the design is freaking cool. Did I mention that it was first drawn some thirty years ago? The shape is iconic, and timeless. 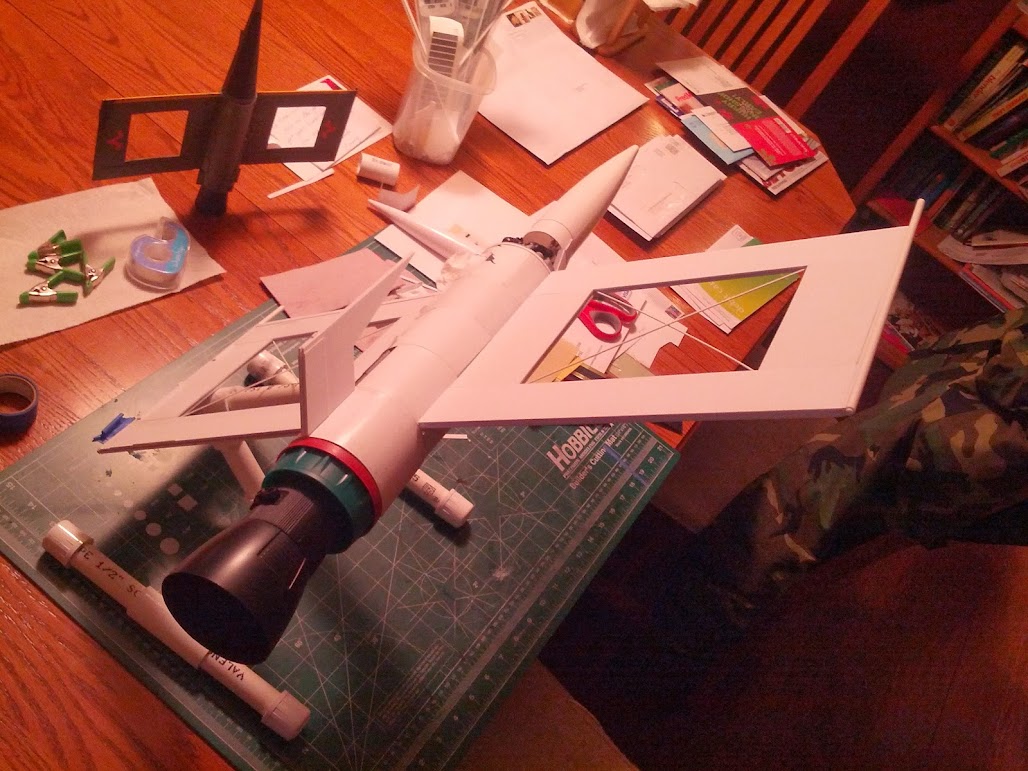 My kids are building some flying model rockets and I decided to purchase one just for the plastic nose cone. At first I worried that the cone was too big. But now I think I like it that way. One thing was for sure, the angle of the cockpit walls was way off, as you can see in this wide shot. 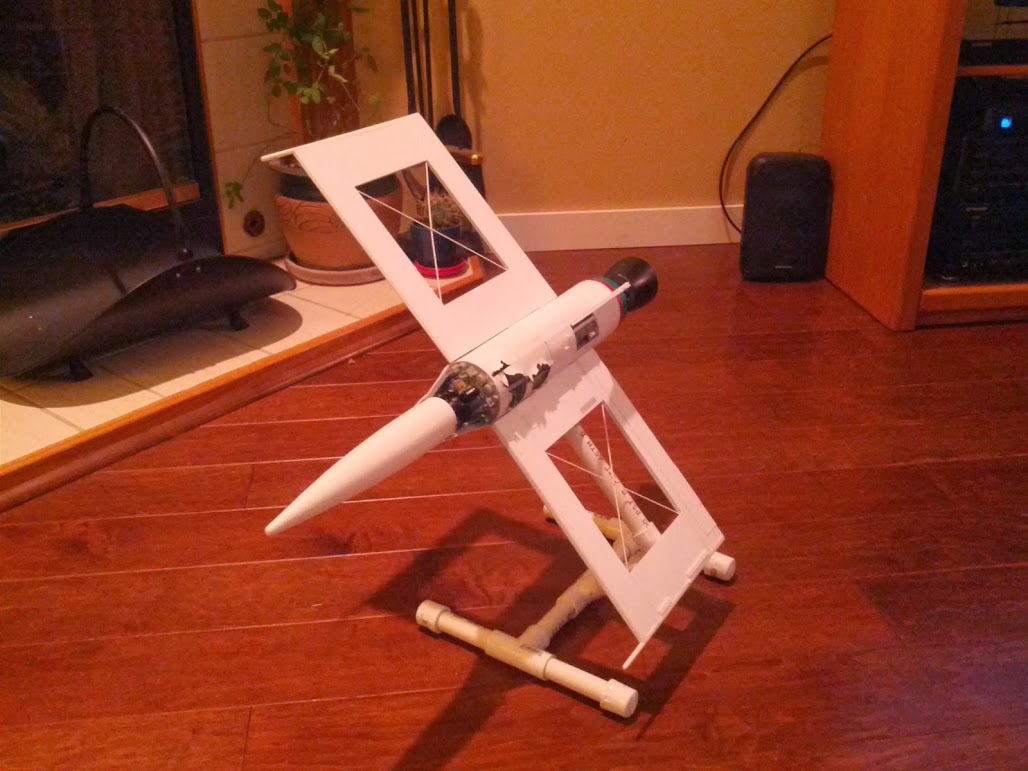 I had to extend out the cockpit walls a bit to match the nose cone’s lines. 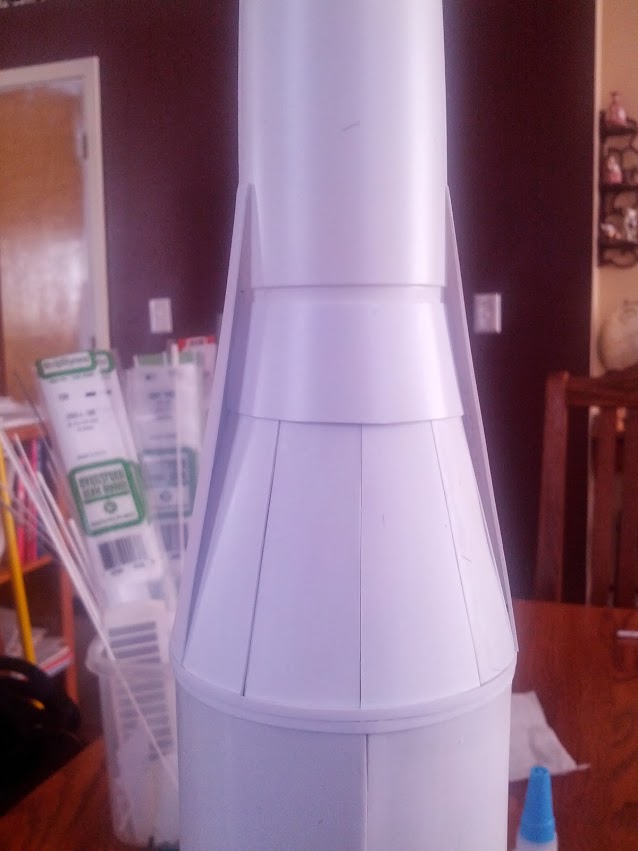 This angle of the bottom shows how off it was. I decided to just do the sides for now as that’s all that will be visible in the final cover shot. Below is the other side with the pilot sitting in there for scale. 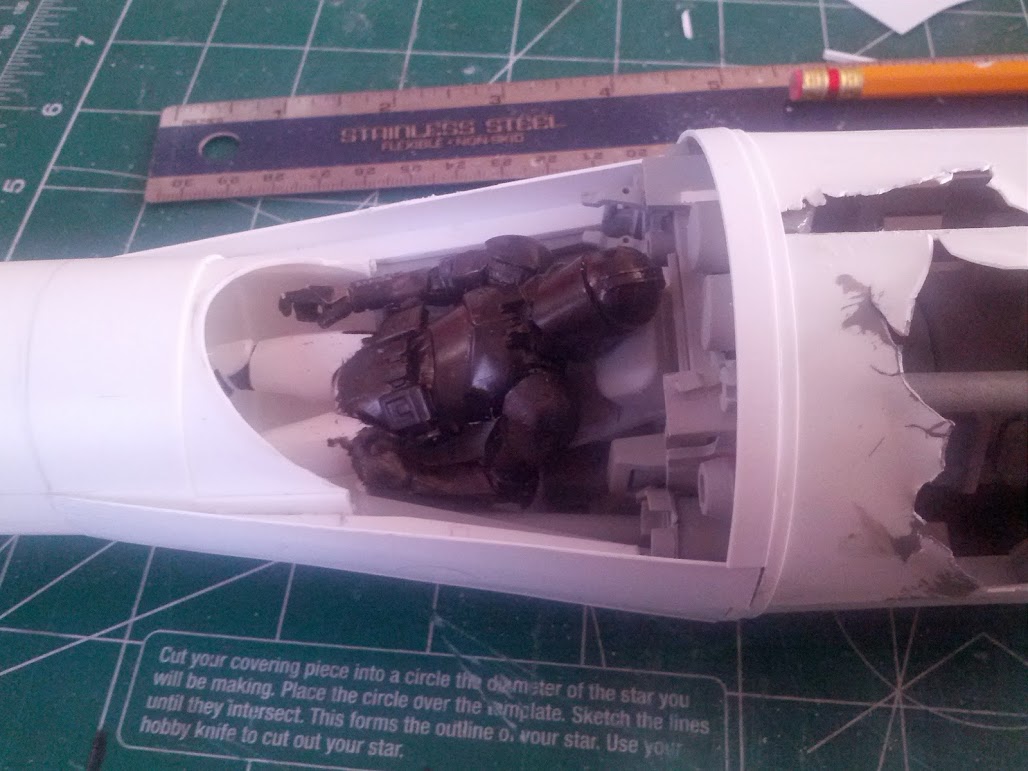 After making the cockpit wider I went back in and attacked it with detailing. My boxes of model parts are pretty thin on small details so much of this is built from scratch stock and improvised.

At least now the pilot has some controls to grab onto and some interesting cockpit doodads. Painting will come next. I had to decide whether to make the canopy as long as the nose or to shorten it. I think you can see for yourself which direction I went with that. The interior will be gray and black and the dashboard area will be flat black.