Well, my son’s team won the Clash of the Titans, Part 2. Both teams being named Titans. Jack had a good game, got a few nice tackles. His team put up 14 points in first quarter with an all passing, all the time offense. Pretty fun to watch a QB that can throw that good at age 12.

That shadow is me taking the picture. Jack is gray player in background with the runner’s legs wrapped up. Yes, that’s frost on the ground. Also dully noted, the kid with the green socks is a lineman, hustling into the play.

Meanwhile, my Bears lost, the Seahawks lost and the Broncos won. On the college front, my Broncos had a bi week. They play Utah State next Saturday night. Feeling better about that one now that their QB is out for the season. Tough break for them. My wife’s Seminoles rolled this weekend to.

We continue to clean and move furniture for the big wood floor operation to take place this week. Hope to get some baseboards to paint tomorrow night. Didn’t do much writing or anything this weekend due to the floor operation.

Another updated screenshot of the dark theme for Plume Creator. It’s coming along nicely. You may also notice the toolbar in this image. It’s a new feature that we are testing now. It will only appear when you hover over the top left margin of the active scene. 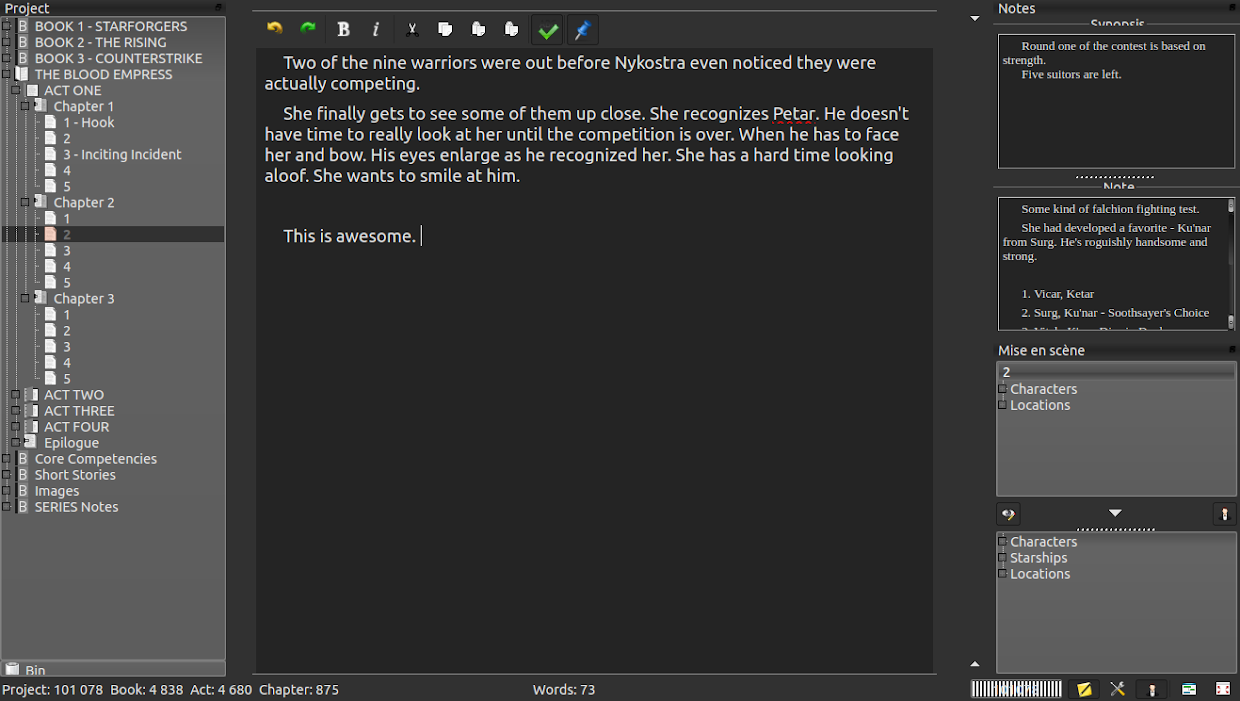