Above is a screenshot of my WIP exported to RTF format. I like to read it on other devices and this is one way to do that. It’s about 204 pages and 49K words at this point in time with standard manuscript format. I don’t write in this format anymore, I use Plume Creator a writer’s IDE similar to Scrivener. But this is how the manuscript will be edited, taking advantage of Write’s editing features. It’s also how my beta readers will eventually see it. 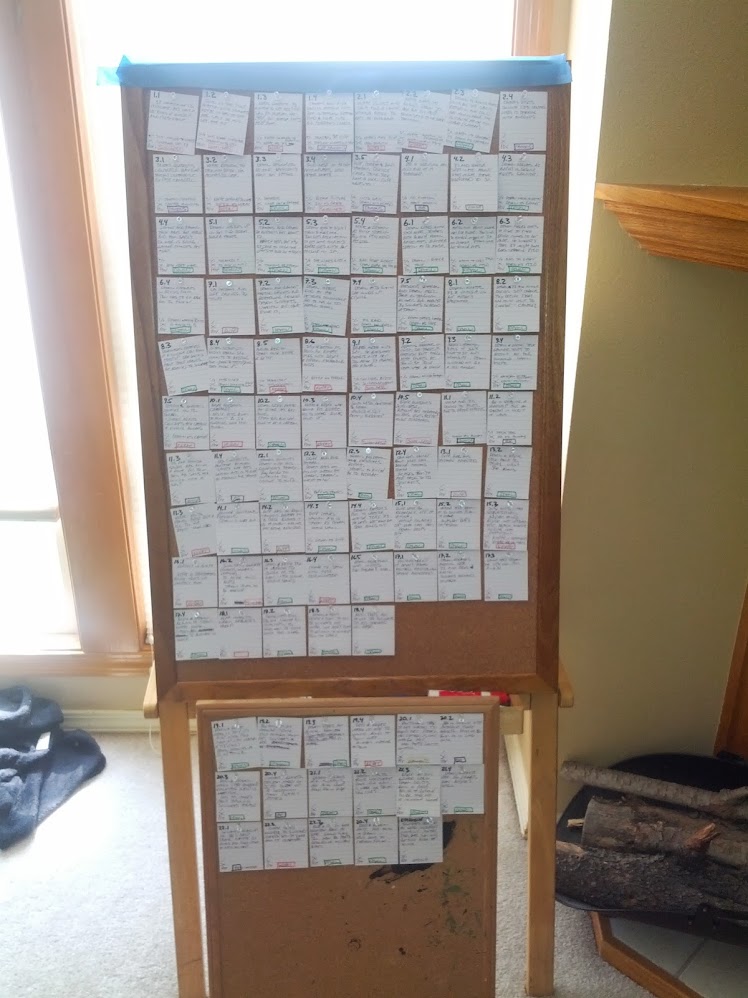 Here is the Board after pinning all 92 scenes of The Rising. Now I have to add the blue lines that represent the acts and then place the turning points. Still not sure if this was worth all the effort or not, but I have yet to completely finish building it up. I’ll keep you informed as I start writing again this week.

I’ve been working on the GB Press website a bit this weekend. GBP is my personal imprint for my Indie publishing. I’m looking at bringing more authors and editors and book designers into the imprint so we can form a co-op not unlike The Bookview Cafe. It is something that I’ve wanted to do for years now but I’ve been choosing to go it alone and concentrate on just writing. Now that I have four SF novels out and I’m within a year or two of completing the first trilogy in the Star Saga, I need to start focusing some effort on promotion. GBP will help with that as I work with area writers to help bring more of them into Indie publishing under that banner.

The kids played on The Blue this weekend in his last Optimist Football Jamboree. His team held up pretty good but were undermanned and told to not play too hard. The team they played were much more enthusiastic and even scored. We got to see several key BSU players showing up for early practice, including QB Joe Southwick and RB Jay Ajayi. That was cool. 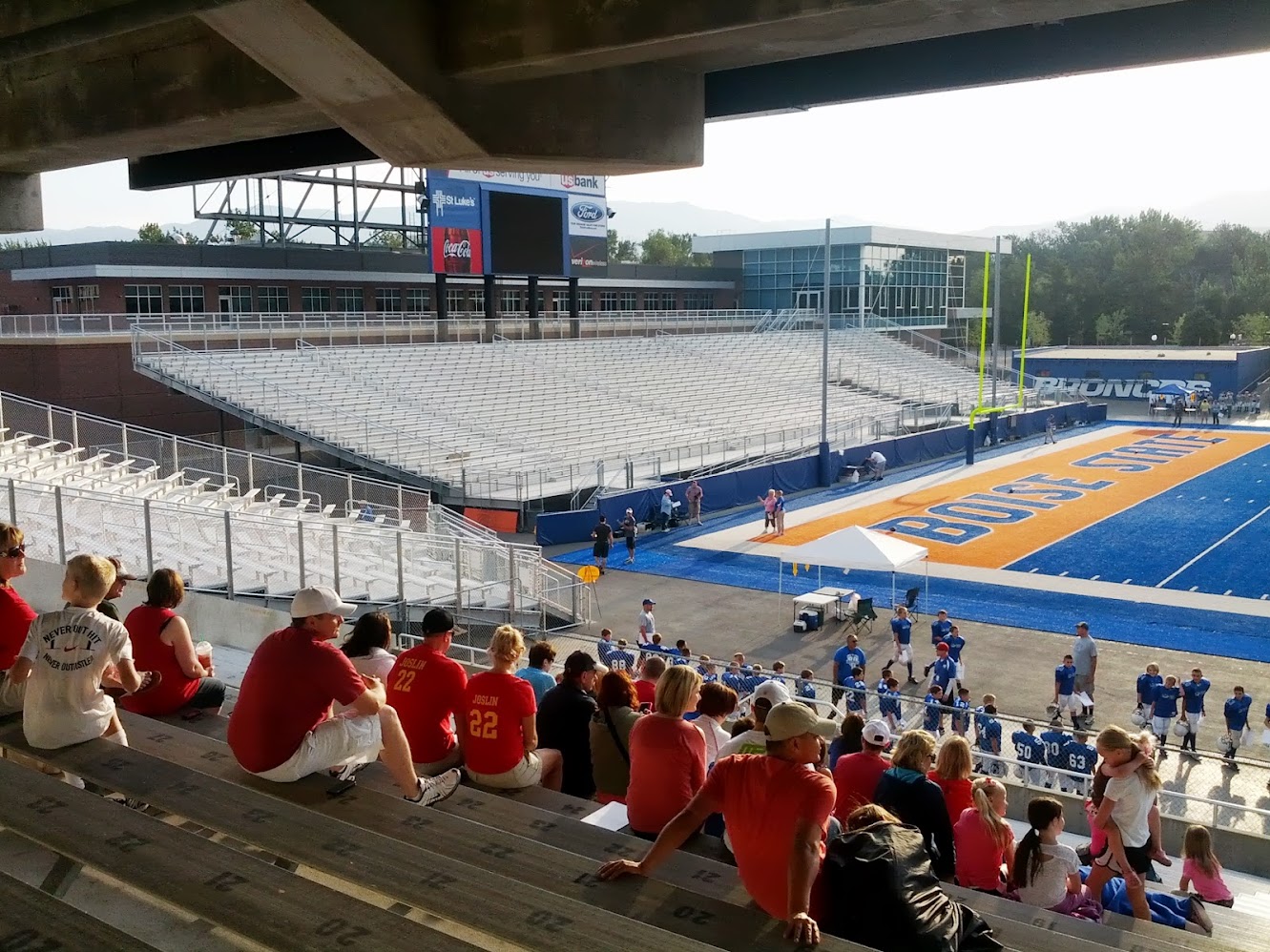 Here’s the new section in the North end zone of Bronco Stadium. The new score board is going up behind the old one on top of the team facility.

My wife was out of town this weekend so I did a selfy with my youngest son, Spencer. Youth football starts next Saturday. Go Titans!