This week I made a big push to finish as much of this model as possible. I ran out of flat gull gray paint, so final weathering will have to wait until the weekend. But most of the model is now complete. I’m writing this on New Year’s Day and at this time, the last bits of detailing to complete are the stardrive tubes.

First up is the hangar deck. These pics illustrate the build up from scratch using stock plastic and some parts from the greeblie stash. Which, by the way, is very low at this point. If you live in the Boise area and want to donate your old plastic models or unbuilt kits, I will come and get them! 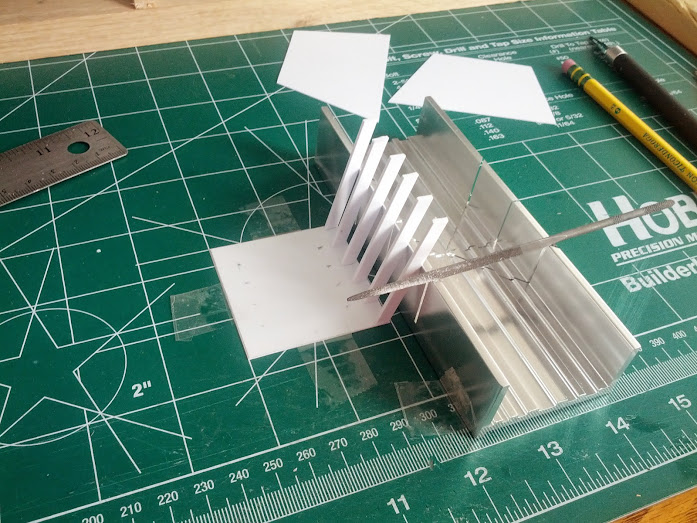 The first row of support beams go up, held in place by my metal miter box, which is taped off on the cutting board. 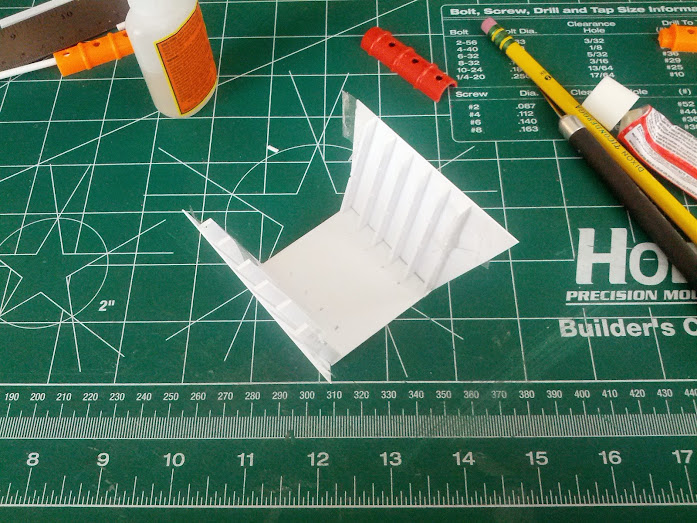 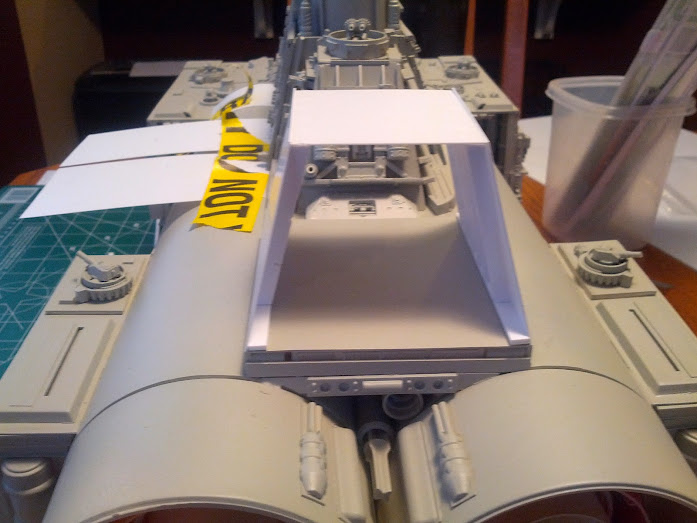 Test fitting of the bay on the back of the model. I built up a little platform to serve as the deck that the starfighters will land on and take off of. 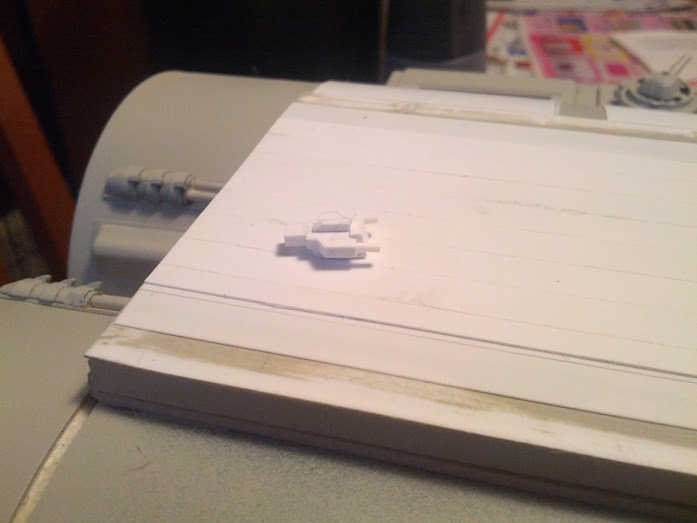 Laying the panels that will be the deck. Also, decided to build a little starfighter the same scale as the Sokol. Not sure I will attempt to build more or even detail this little guy, but I think it lets you see the scale better. 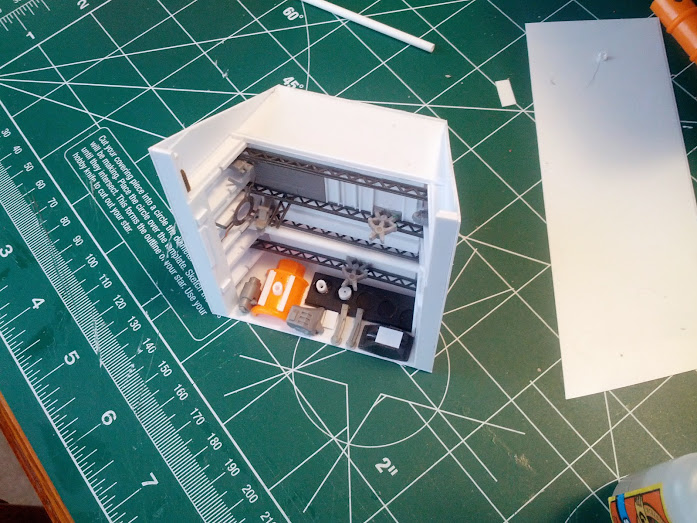 Details added inside the hangar. I used some railroad girders for the ceiling and I think they look great. Also added some pipes and doors and just made it as much like an aircraft hangar as possible. 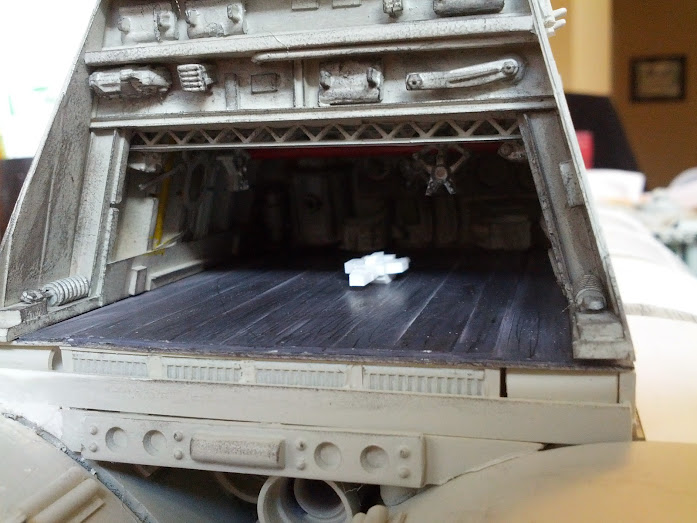 This is the completed, painted hangar with the little starfighter for scale. The deck was painted a dark gray and then gone over with chalk and pencil dry brushes to try and make landing marks. The inside was painted flat gull gray and then dry brushed with black artist chalks. 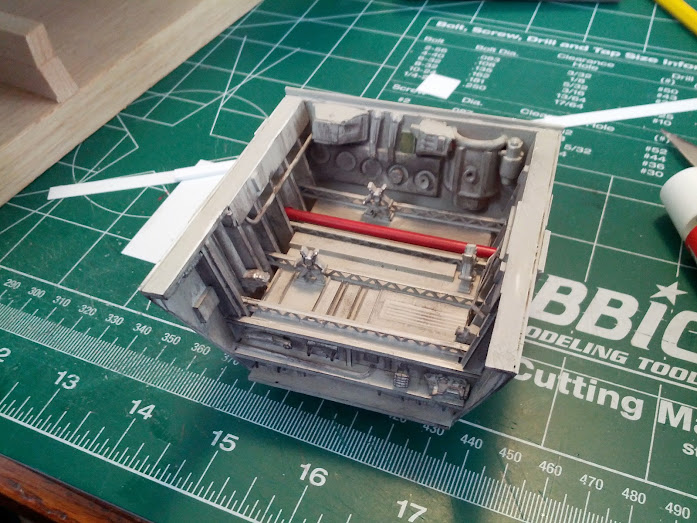 I flipped it over and documented it before attaching it to the model. Pretty pleased with how that hangar turned out. 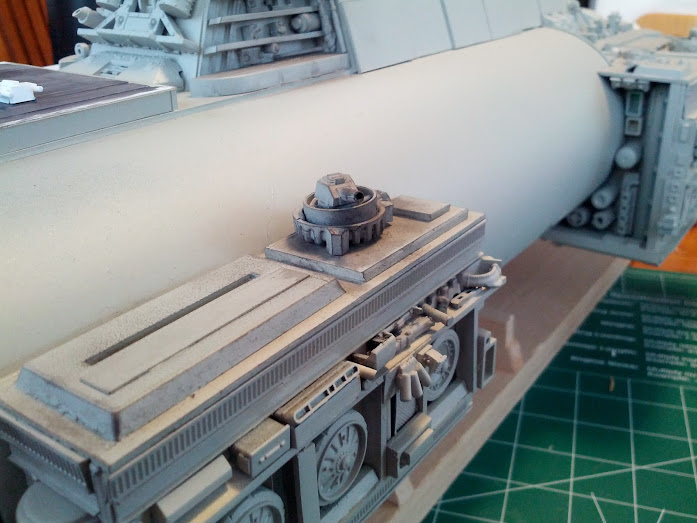 While waiting for the hangar to dry, I tested some dry brushing on one of the cannons. This is pretty much going to be the extent of my weathering on this warship. 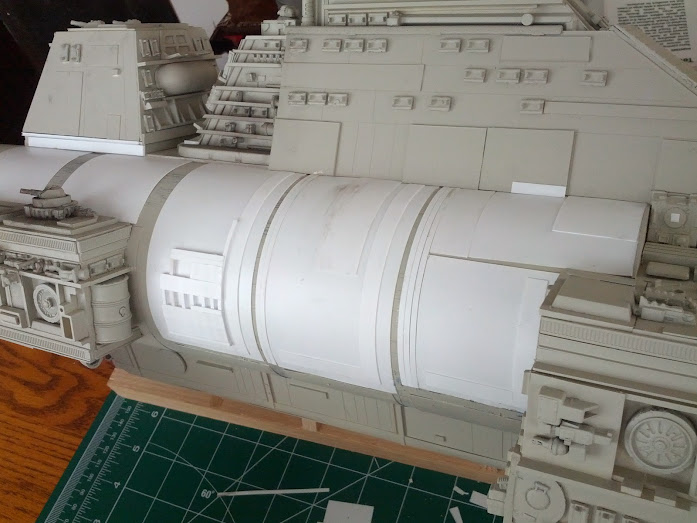 Trying to make these tubes interesting involves making some repairs underway. My stock of plastic is dwindling away so this will be the final bit of detailing before calling this build a wrap.

Next post I’ll show off the competed stardrive tubes and hopefully the completed and weathered model. Just in time too. I need to get back to writing my novel!