Many times while producing a novel I’ve had artwork generated that was never seen in the final production. Some of that art was intended for covers, some of it was intended to help me keep things straight in my head, like maps and some of it was just me doodling with a pencil.

Below are some 3D renderings that my cover artist has done for the back cover of the Starforgers paperback novel. He recreated my S. S. Sokol model and was experimenting with different textures for it. The results were very interesting. 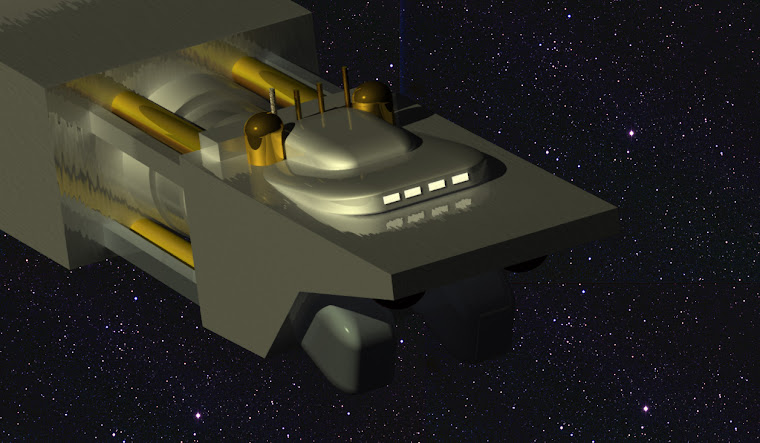 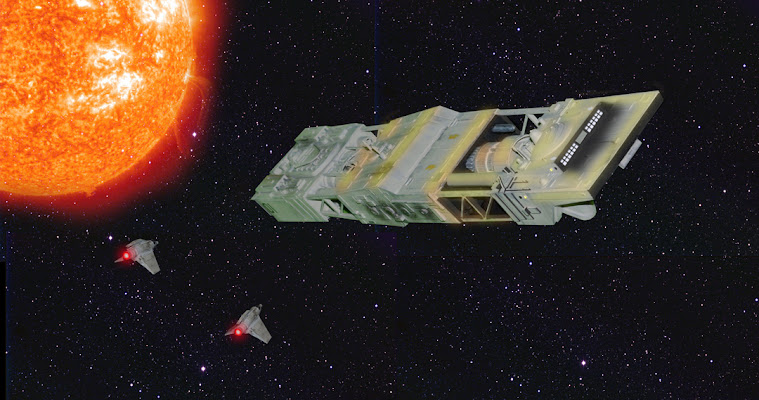 Battle scene from Starforgers. In this scene he was attempting to layer over the model with Photoshop and add details that were not originally there. 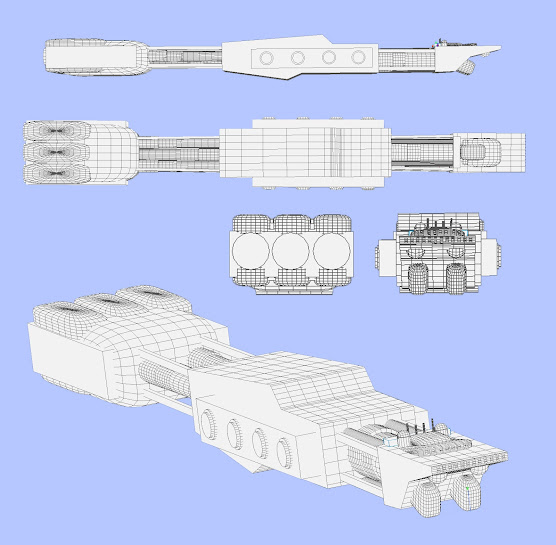 Here is a blueprint-like version of the ship taken from the wire-frame. I like this because it shows how long the ship actually was in my imagination. None of these images will in all likelihood make it to the final cover, but each of them is a step along the way. I love to show off these sketches as we go along, because  sometimes they are works of art that are never seen by most people.

One thought on “Unseen Art of a Novel”