In a blatant attempt to keep both of my readers, here are some unedited, raw images of my old starship models taken by Bill Blohm. These “studies” of the models can and will be used to create scenes for future book and or short story covers. See, there’s some method to my model building madness.

All of these models are built from poster board and plastic model pieces. They were painted with plastic model paints.  All but the Renoke are original designs by yours  truly. The Renoke was designed and built by Ed Halbig, one of my original co-conspirators in model making back in High School. All of the models are built to the same scale, 1/48. We chose that scale, because I had an extensive 1/48 scale model airplane collection and we therefore had access to lots of pilots and seats. Also, that scale allowed for just the right size to film the models in our epic super-8 movies. 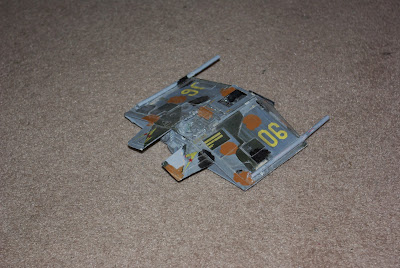 This little guy is called a Reemer fighter and it’s what the bad guys flew in the battle for Tomungia in the novel Starstrikers. 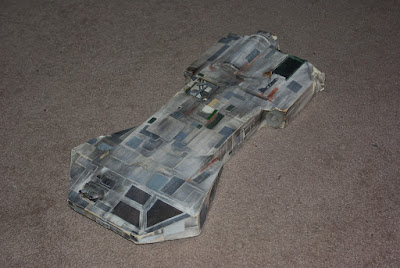 This is the Renoke, featured in my first short story sale, “The Renoke”. It was my homage to the Millennium Falcon in Star Wars. Interesting factoid about this model is that it has a rectangular mount point on every axis. Each mount point is covered by a sliding panel. It also has tiny metal eyelets in the bottom, where we ran black thread through to make it fly for our live action, short film Renegade. 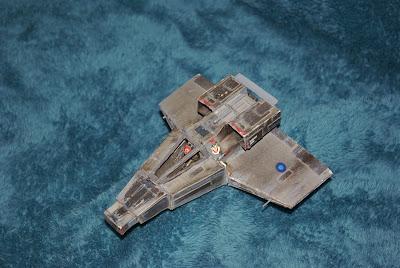 This is a Skimmer, what the good guys flew in the battle for Tomungia in Starstrikers. 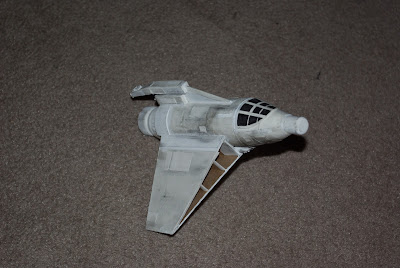 This is a starfighter featured in my new novel, Starforgers out this October. It’s a Vicker’s A-9.