So now you can check out two new short stories on Wattpad. Ambush! and Stand Down, both set in the same time frame as Starforgers. Interested to see what folks have to say about these two short stories. Ambush! is about a Votainion starfighter Ace and Stand Down is about humans rising up against a dangerous Silicant – 88. 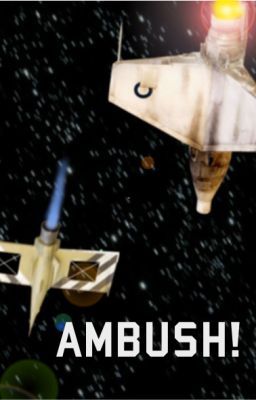 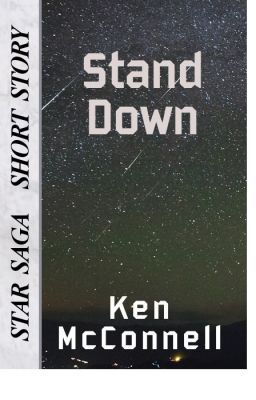 I haven’t written a short story in a long time. My head space has been in novels for a few years now. Last year I wrote two novels and no short stories. This year I will write two more novels but already, I have written a new short story. Currently I’m editing this short story but as of this writing I’m not sure what I’ll do with it. I really don’t want to send it out and wait forever for everyone to reject it. That does me nothing. My stories all tend to be set in the Star Saga universe and they don’t typically appeal to mainstream SF magazines. So why even bother?

This particular short is set before a novella that I will write this year, so I get to explore the world where that novel is set and get to know it a bit before I start the novel. It has value to my readers, both of them, but not to people unfamiliar with my universe. I mean who the hell wants to read about an ace starfighter pilot struggling to overcome the odds of surviving being shot down in enemy territory. NOBODY. There’s no value in a straight up adventure story with heavy WWII inspiration.

One or both of my readers probably think that it sounds like a kick ass story. They are probably reading this right now and chomping at the bit for me to say that I’m gonna post that story here on the blog or upload it to Amazon so they can get it. But that’s only two readers. When they finish it, they will crawl back in their reader holes and never tell anyone. So the story dies on the vine like all those other stories on Amazon right now.

There really isn’t any monetary value at all in writing short stories in a universe that has two readers. Which is why I’ve chosen to focus on the novels until I get all three books of the first trilogy written.

But I’m not going to let this story sit on my cloud drive and collect dust bunnies. I think I’ll send it to my newsletter subscribers and let them read it. At least a few of them might enjoy it. After that I’ll be so busy writing novels, I won’t have much time to mess with it. So if that kind of a story appeals to you, the only way you’ll be able to read it for now, is to join Dispatches, my newsletter. I’ll be releasing it sometime this month.

Many of the stories in my new anthology, Tales From Ocherva Volume One, feature the same cast of characters. This is intentional. When I started writing short stories a few years ago, I decided that I would concentrate on one particular planet and a handful of characters. I was not completely sure about all of the characters, but as I wrote the stories they emerged.

Principle characters like Devon Ardel, my Ranger captain and her android, Thirty-seven were already known to me because of an early draft of a novel. But new characters like the android Eighty-eight and Cole the programmer emerged as their stories came to life. I wanted to explore the lives of the Rangers and tell many stories about their bravery. They were partly based on the Texas Rangers with some 1940’s pop SF mixed in for good measure.

While I was in Moscow, Idaho on a book signing for the Barren Worlds anthology, I talked with a customer who had read my story, Ocherva. He mentioned that he enjoyed the connection between a physical place and the people who lived there. It got me thinking more about the planet of Ocherva and what made it special to the humans and androids in my stories. Many of my stories have explored that connection between the barren moon and those who live there.

When you write a novel you have more time to develop the main characters than you do with a short story. But short stories can paint a much more detailed picture of your characters if you feature them in many different kinds of stories with various points of view. For instance some of my stories about Devon are from her POV and some of them are from her android’s perspective and a few are from her friend’s viewpoint. That kind of range is not possible in the novel format. But a series of related short stories gives you that freedom.

Over time, you can build up a perception of your characters in the reader’s mind that grows into a complete picture of them. This is only possible with a series of novels or perhaps a television series. Since my medium of choice is narrative fiction, I like episodic short story collections for exploring these particular characters and this particular planet. There will be more volumes to the Tales From Ocherva series. As I complete a dozen or so stories, I will release a new volume. The release schedule for these anthologies will continue to be early summer.

I will begin writing he next novel in the Starstrikers universe this summer. Starforgers will focus on some of the main characters in the Tales From Ocherva stories. But that novel takes place after all the stories in the Ocherva series. So I have to be careful what I have her do and say in writing this particular novel. It helps to have already written about much of her life as a Ranger as I begin telling what happens to her at the start of the Great War. Starforgers tells how the naive Federation is transformed by the events that led to war with the Votainion Empire. It features Devon, her mother and father and her trusty android, among many other new characters. Again, if you have read Tales From Ocherva, you will already have background information for the next novel. Again, I’m building characters and telling a larger story than what is possible with just a single novel.