I still have three more books to release in the coming months. This month it’s the novella, The Blood Empress about Empress Nykostra the leader of the Votainion Empire. If you’re reading along in the Star Saga this book chronologically goes between Books 2 and 3. But since those books are not out yet, you can read this one as a stand alone. Book 2, The Rising comes out in December and I’m pushing to get Book 3 Counterattack out in January. Lots of reading coming your way soon.

In the mean time, order up your copy of The Blood Empress now and then you can sneak away after turkey diner and read it while the family argues about politics. 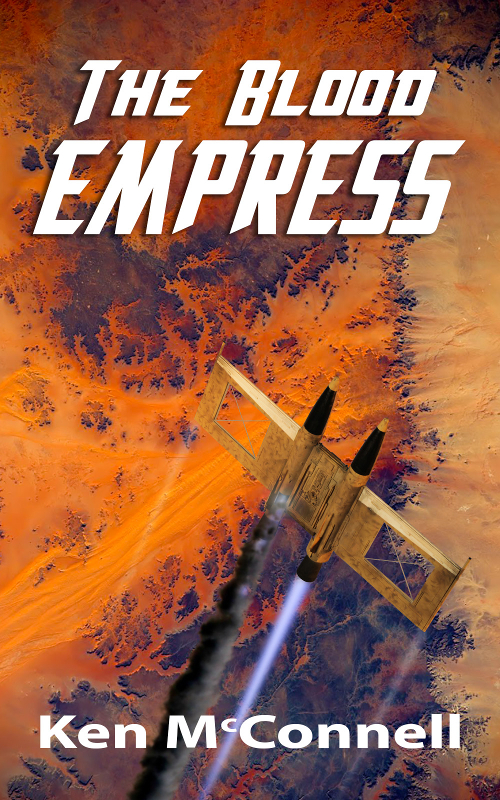 I’ve not been writing much this week due to unreliable lunch breaks. But the few times I have worked on The Blood Empress, I’ve had a ball with it. This story is very familiar to those who read Fantasy. It takes place entirely within the Votainion Empire. Votainion society bares a close resemblance to medieval ones. The story is very familiar too, about warriors competing for the right to wed the Empress and how she is forced to come of age perhaps sooner than she would like. Of course this is Space Opera and being about an Empress who has consumed the blood of a Soothsayer and will eventually force her galactic empire into the longest war in history, things don’t go as expected.

I’ve written about twelve thousand words and I’m just starting the second act, so things are moving right along with this novella. My plan is to continue forward with this first draft until it’s finished and then come back to edit Book 2, The Rising. This of course means that The Rising won’t be out until mid-Spring at the earliest. But you’ll wind up getting two books out of me next year, so it evens out.

Regarding this novella, I’d just like to say that I’m having a blast writing it. I’ve never written a Fantasy book before, this is as close to that as I can get and still be Sci-Fi. The reason I’m taking the time to write this filler story is so that I can plot out Book 3, which takes place right after this novella. I need to get my main characters ready for that final book of the first trilogy. Moving them closer to the final conflict like a master chess player. It  helps so much to have all this back story worked out before hand.

Below is the traditional weapon of the Votainion warrior: the falchion. It is also the preferred diplomatic tool of Empress Nykostra. My writer friend Bill Blohm has posted a new short story in his Pa’adhe Series today. It’s called Dreamland. I’m one of Bill’s Beta readers and I have to say, I really love this series of short stories. If you’re into historical pieces, old ships or just very interesting Fantasy stories based on a common cast of characters, you will love them too.

Do check it out and let Bill know if you like them!