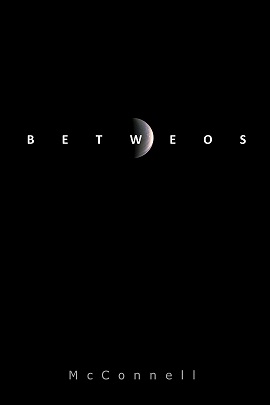 My latest WIP is called Betweos. It’s an original Sci-Fi story that dates back to the eighties when my brother, Byron, told me an idea he had for a science fiction tale. We tweaked the idea off and on for the next thirty years. While I was in college, I wrote the story as a screenplay. That screenplay is the structural basis for the novel I’m writing now.

Of course the story continued to evolve and hopefully the novel version will contain all the ideas and inspirations that we’ve collected over the decades. But it’s nice to have something to read as I pound out the outline for the novel. Screenplays are much less dense in detail than novels and thus the novel version will have more scenes and probably more subplots. Such is the nature of film vs book versions of stories.

This novel will be my primary focus for next year. I don’t anticipate writing anything else. If I finish a first draft before summer, I might start the next Star Saga novel, but I can’t promise anything. The more likely scenario is that I’ll push Betweos out to beta readers and try to collect their reactions in time to finish a second draft by the end of summer. That leaves fall and early winter to edit it.

Betweos is a stand alone novel and I’ll be taking it to agents for traditional publication. It could be years down the road before those efforts result in publication. If nobody wants it, then I’ll throw it out there by myself. In the meantime, the Star Saga will regain my focus until that series is complete.